Moved on & up to a different horse today. Just so happened to be my favorite breed 💖
Meet "Noey", he's a Haflinger, comedian cross... 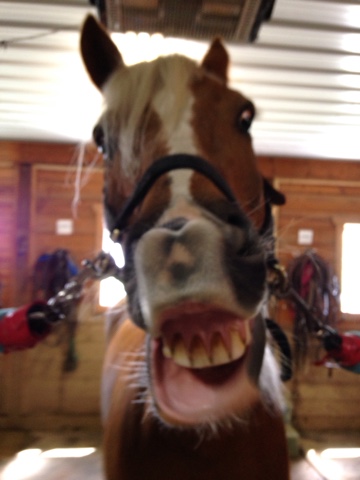 Seriously if you started out having a bad day, this guy would have you laughing in no time. Not sure how he came about his name, going to venture a guess that it has something to do with being told "NO don't grab that. NO, don't pull that zipper, No, put that down!" 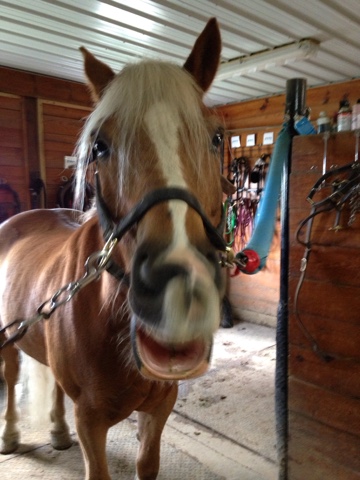 He's constantly smiling, flapping his lips in the air, mushing them all over you! 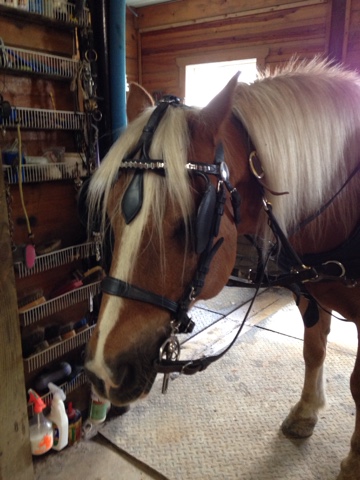 Otherwise he's catching a few zzzzz's!  Sadly, I'm not horse shopping. Fortunately he's not for sale!
On to the lesson, we added "addressing the whip", sounds so easy all you had to do is carry a long buggy whip in your right hand, keeping it at approximately 11:00!  It's not, not for me anyway. I felt as if I was holding two coffee cups in my right hand while attempting to open a gate with that same hand!!!  All the while, driving the horse, making turns, changing directions & speeds!!!
Add that Noey being a Haflinger figures out relatively quickly he's gotten himself a rookie in the cart. He quickly realized cutting corners, taking shortcuts, moving uber slow were options as I figured things out.
So, I was sent home with homework! 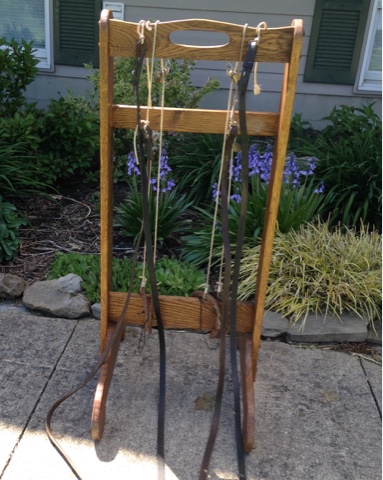 It's a rein aide and can be used to practice driving single or double. Or in my case holding the reins along with a driving whip, while wearing driving gloves, all while watching my favorite tv shows no less. 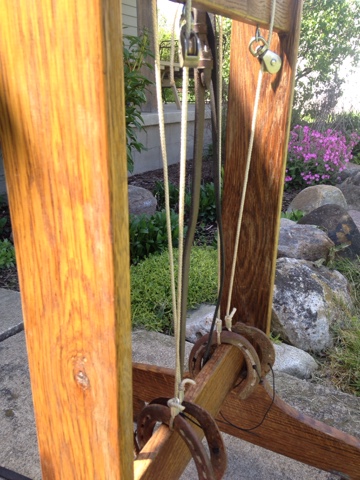 Closer up, the reins are attached to strings on pulleys which are attached to horse shoes. The premise being that I'll be gaining muscle memory in between lessons & I'll adjust to the whip & gloves faster. Plus I can gauge the softness of my rein aides while doing this. Not sure if it's difficult for everyone or perhaps my ADHD, combined with my age may play a factor in the equation.
Lincoln is going to love it!
Posted by Camryn at 11:55 AM