Camryn here:
Anyone cleaning stalls during our all this Artic freezing might be able to guess what goes thump!!!
It's my poo, sounds a lot like golf balls getting thrown in a metal bucket they're that frozed.   Mom says my pee resembles sheets of peanut brittle!!!  Yup, with the bedding shavings all mixed in it freezes in sheets.  Some of it looks like it's got chocolate bon bons too cause of the poo being froze in with it.  No pix, 1. do yah really wanna see frozen poo n pee? 2. the camera wouldn't stay happy if taken out right now for sure.  Mom says one good thing about cleaning my room this time of year is frozen poo n pee are so much lighter!  Bad things however are few to numerous and all being with the word freezing.
My whiskers had icicles when I came in last night.  Good thing us Hafy's get such warm woolly coats in the winter cause I don't mind the cold at all.  The wind however is another story all together... 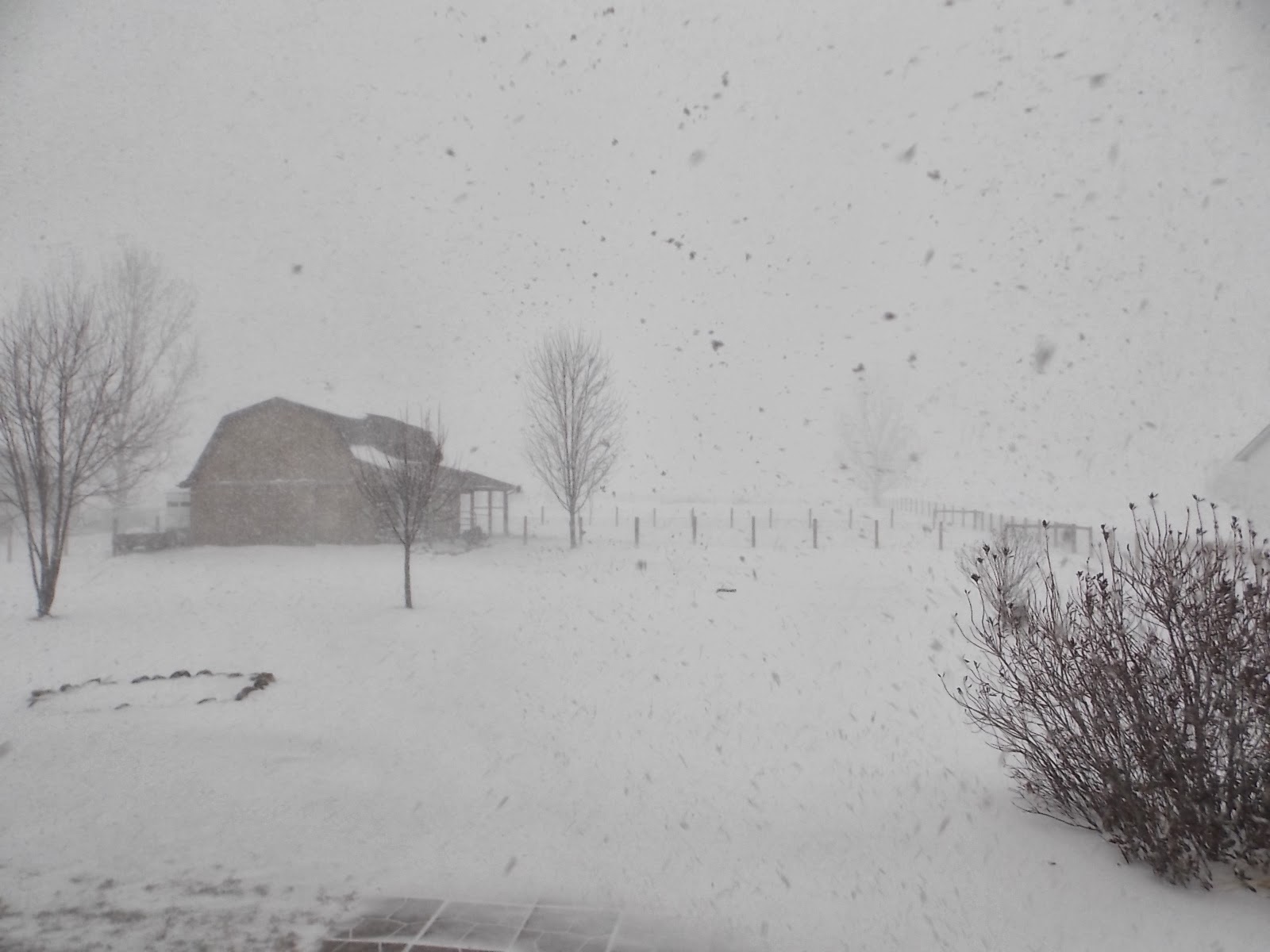 The winds Sunday were blowing so hard the snow was slamming the windows in the house.  Take note you can not see a horse out there.  That's cause I chose to stay in and bury my face in hay all day! 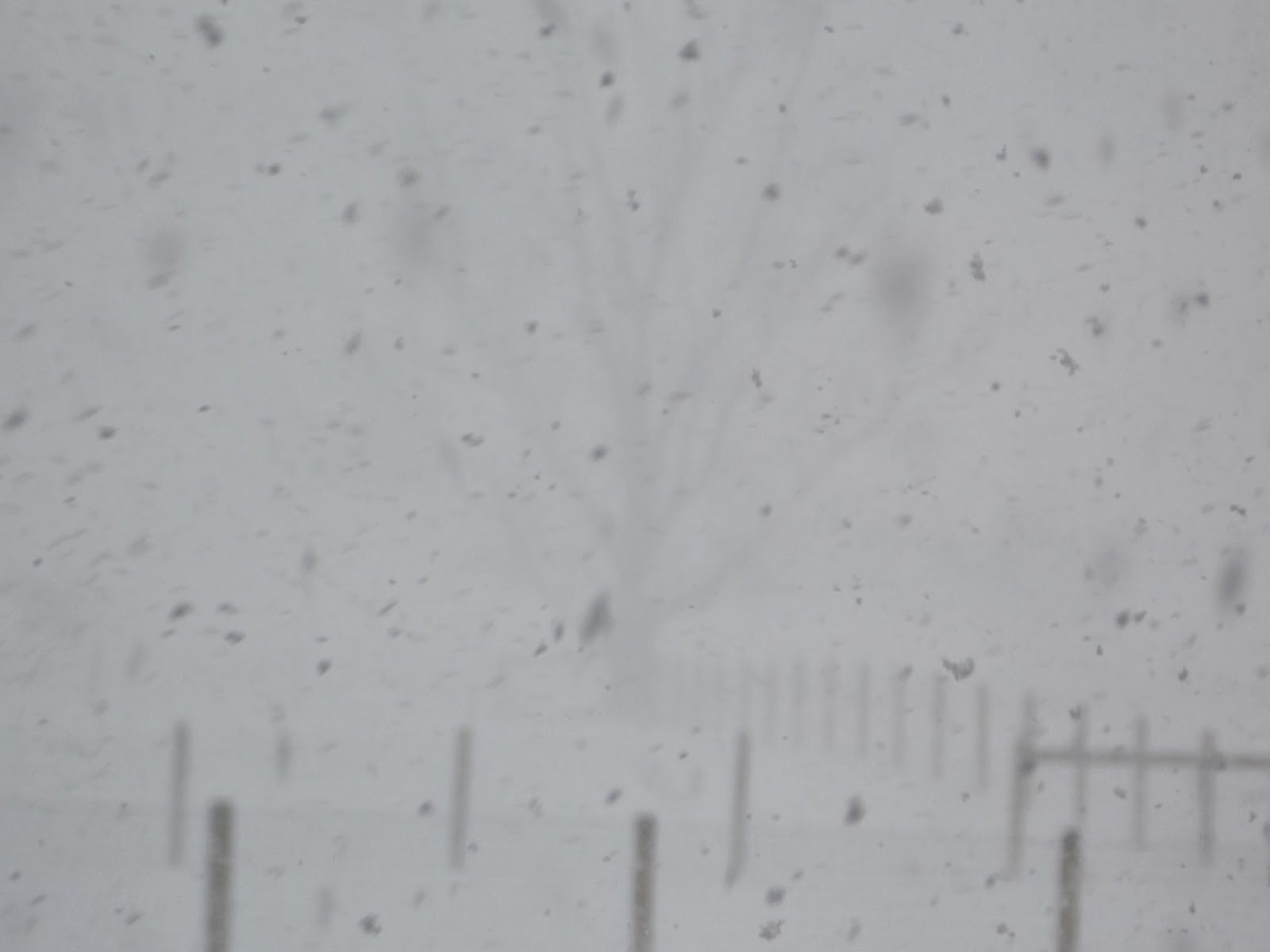 There were times when Mom couldn't even see the barn!  You might be able to barely make out the tree you can see in the pic above!  Can you imagine trying to find a white horse in that??? 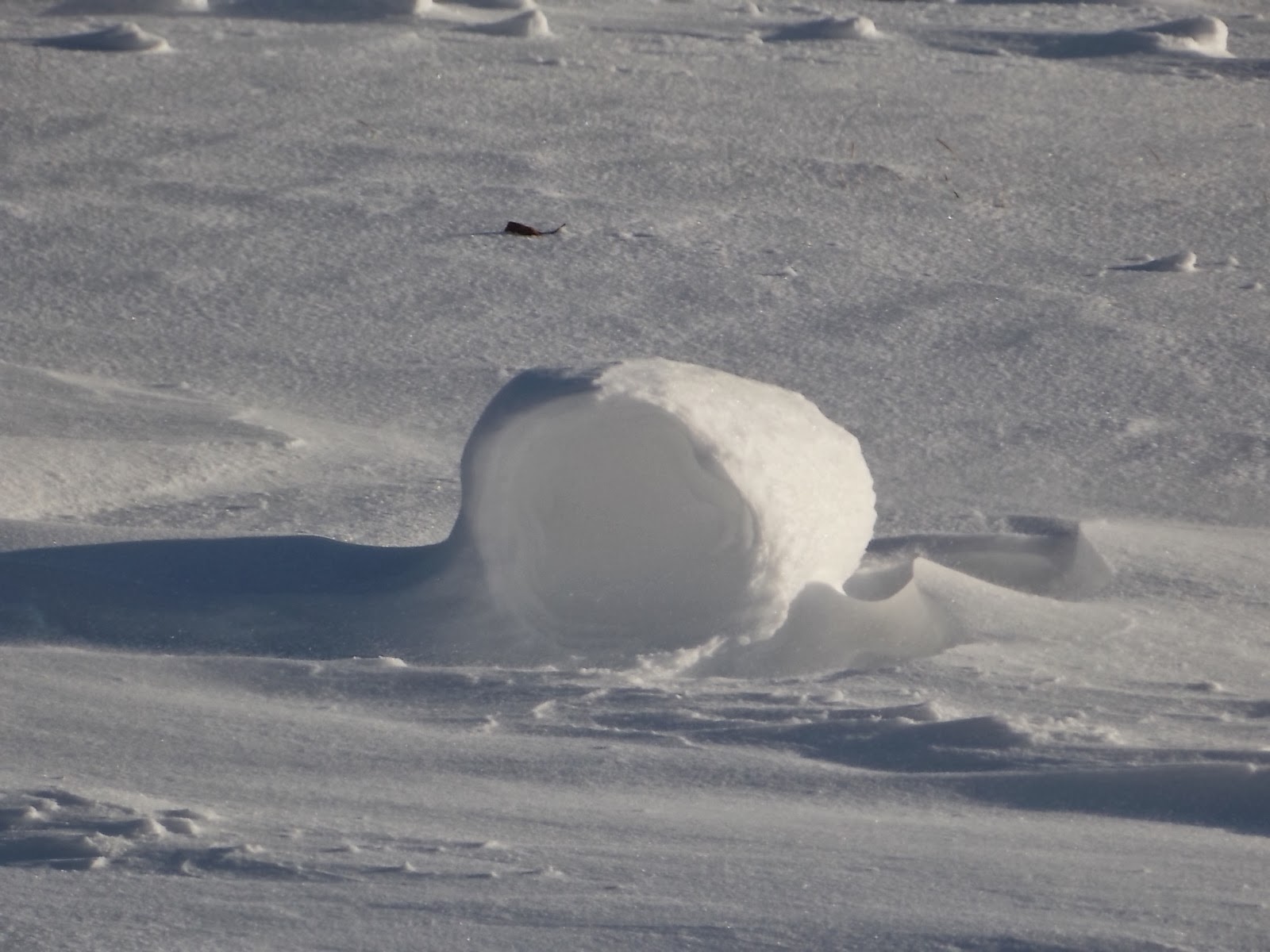 In the morning before daylight Mom goes over to pic Lincoln up to watch him.  There were these weird "jelly rolls" everywhere.  Mom thinks they are really neat (the one in the picture had a chance to thaw a bit), they looked like Ho Ho's without the chocolate on them, all rolled up nice n neat, some teeny some huge.  And before the wind drifted around them they all had squiggly trails behind them.  Kinda like someone was making thousands of snowmen without leaving footprints.  Later on the news they were talking about them, they are called "snow rollers".  The temps had warmed just enough to make the top of the powdery snow damp, the winds then began rolling them around all over making them.  The called it a phenomenon, and said it was kinda rare in Ohio to have these.
It's like +9 degrees today with sun, so I'm working on my tan a bit.  Feels absolutely balmy out today in comparison. 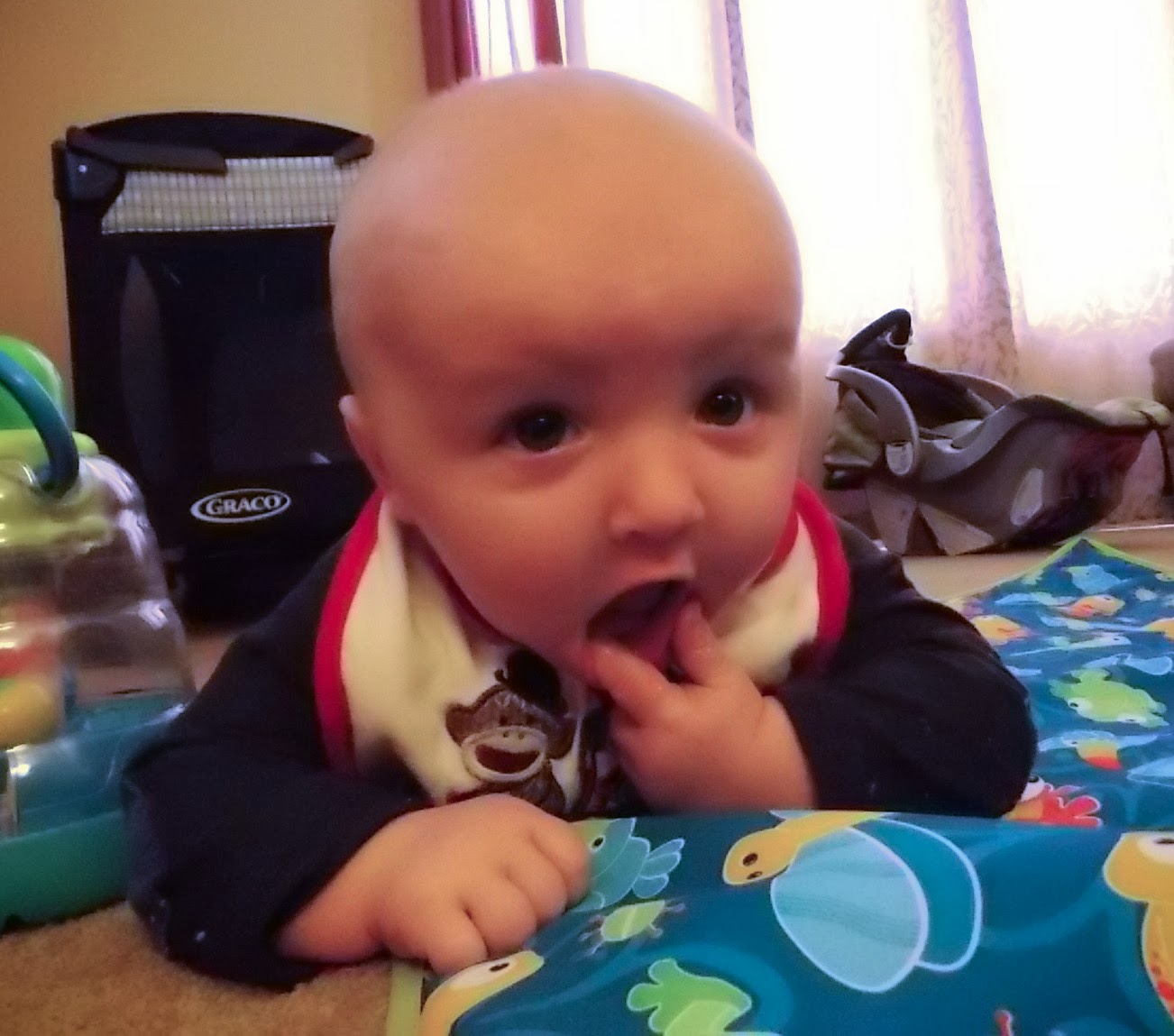 This is what Mom did all day!!!  I think her n Lincoln was playing dentist or something?  Oh, his eyes are really bright blue.  Mom had to correct the skin tone cause of the lighting in the room and for some reason it caused his eyes to go brown just like Mom's!
Later
Posted by Camryn at 12:43 PM