While it's still mud season, it's also becoming bug season. Figured the boys would appreciate their handy dandy flyswatters. Soooo, 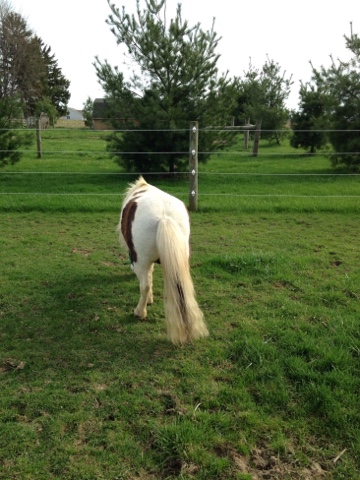 Pippin had approx 6 inches trimmed off of his!  Should've gotten a pre-trim pic!  Yes, it still needs washed but, Pippin needs some bathing lessons. I'll wait till its hot enough that he may appreciate it a bit lol 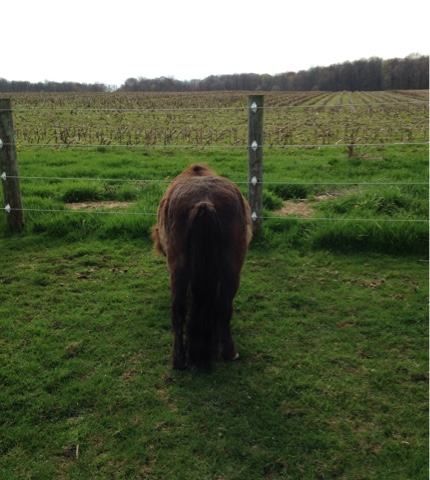 Difficult to make out Merlins tail due to the black on black... 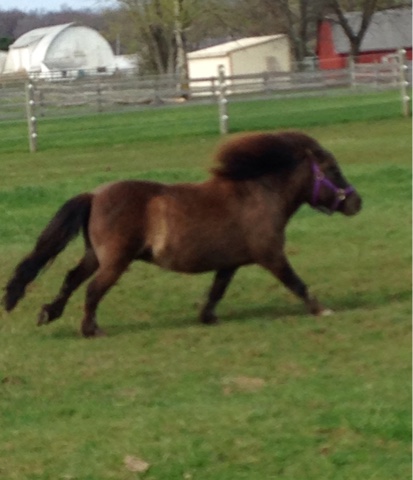 Now you can see it. He'd only needed about three inches as I'd been able to trim his when I last rebraided. Pippin, wasn't patient enough at that time so, no trim had been done.


I've been working Pippin almost daily this past week. He'd thought having the winter off meant he was done working & feral was an option lol. He's already deciding working again isn't all that bad as it comes along with a good grooming of itchy spots. The birds are very appreciative, one day after his
deshedding I saw group of robins descend upon his white fur to take for their nests!
Haven't yet began ground driving him, while he drives, I discovered he really doesn't know any basic groundwork. So we've begun with longing. Have to say, I have a lot to relearn as cueing a shorty is vastly different, plus you get dizzy very quickly lol.   We're both getting better, he's learning he can't pull the rope from my hands (gloves) at his attempts to bolt. He's also figured out, there is really no need to rush, so he's falling back to a walk after a sometimes initial burst of speed. He's also picked up on making a change of direction. Yesterday, I'd gone out to the pasture with our gear, he saw me and came at a trot. He really does like all the attention being on him which is a plus.  However as soon  we're finished he heads out to taunt Merlin & pounce on him.
While Merlin has excellent manners, I also plan to brush up on his groundwork. First Pippin has to learn to stand quietly tied, he's gotten loads better about it but, still needs practice in patience. Ecspecially as it'll be Merlin getting all the attention!  Meaning Pippin would be diving on him the entire time we work. What Merlin really needs most is being desensitized.  While Pippin is fearless, Merlin can shy at new things quite easily. Opposites in so many ways, we have young thug vs the gracious gentleman, fearless vs ooooh noooo we're gonna die!

Edit: venting rant: problem SIL just called wanting to know about going to FIL house to pick up some things in what he called the music room. I'm "sure, when did you want too?"  SIL: "in an hour." Me: "it's the day before Easter!"  SIL: " I know that's why we want to do it today, so we can go to church tomorrow!" Me: "you do realize others have lives right?"  SIL "?"  Me: besides hubs working, me having the boys, the animals, we have a life that doesn't revolve around you!  You've got Wed. or Fri. next week, pick one with a time". This isn't new for her, she once called for help to move. When we were, sure no problem, when?  Standard answer was "in an hour!"  No, we didn't help!  Is there an emoji for pounding your head against the wall!
Posted by Camryn at 8:30 AM